Reaching towards a
Future free of violence

Carol Wolfe, seated third from left, founder of Dottie’s House, joined members of Community Watch and the Point Pleasant Police in 2015 to accept the toys and gifts collected to brighten the holiday season for families living at the shelter. [FILE PHOTO/THE OCEAN STAR]

POINT PLEASANT —Members of the local community are recalling the leadership and mentorship of a beloved resident who lead the way in developing crucial resources to support women and children dealing with domestic violence.

Carol A. Wolfe, 80, passed away on Friday, Aug. 23, at St. Barnabas Medical Center in Livingston. Born and raised in Jersey City, Ms. Wolfe lived in Brick for 52 years before moving to Point Pleasant in October 2018.

Ms. Wolfe founded Dottie’s House in 1999, which is a housing program to help women and children who have survived domestic violence and a program supported every year in various ways by the Point Pleasant Borough Police Department’s Community Watch Organization.

“Carol Wolfe was one of those people that always was involved in the community, always giving back,” Councilwoman Antoinette De- Paola, liaison to Community Watch, said at the borough council’s Aug. 26 meeting.

“Carol Wolfe started Dottie’s House back in 1999 as a housing program for women and children who have survived domestic violence. It was a cause that was very close to Carol’s heart and it was a cause that we took up as the Point Pleasant Borough Community Watch and every year we do a drive at Christmas for the women and children at Dottie’s House and we will continue to do so.”

This is an excerpt of the print article. For more on this story, read The Ocean Star—on newsstands Friday or online in our e-Edition.

Check out our other Point Pleasant Boro stories, updated daily. And remember to pick up a copy of The Ocean Star—on newsstands Friday or online in our e-Edition. Leaders across New Jersey were mourning the passing of Carol Wolfe, the longtime CEO of Homes Now and wife of Assemblyman David Wolfe (R-Ocean).

“I would like to personally thank all of you who responded to the notice of the passing of my beloved wife Carol was such a great loss and I do appreciate the support and love that you’ve shown to me and my family,” said Wolfe in a social media post.

Wolfe lived in Brick for 52 years and was an active member of a multitude of local organizations, including the Brick Township Chamber of Commerce.

“The world lost a giant this week,” said Brian Mirsky, one of the leaders of the chamber. “She was an incredibly strong and determined business leader.”

Mirsky remembered Wolfe for her love of a good debate, as well as her commitment to her town, often taking calls late into the night to help her fellow residents.

“Carol was the inspiration behind Dottie’s House and a true visionary,” said Bramnick. “To understand her incredible passion and support for others, look at the Dottie’s House website. My thoughts are with my friend and Assemblyman Dave Wolfe and his family.”

Wolfe founded Dottie’s House in 1999, a housing program to help women and children who have survived domestic violence. She was also the founder and CEO of Homes Now, Inc., established in 1997 as a non-profit organization that has built and monitors more that 200 quality affordable housing units. Since its inception, Wolfe worked to help those in need by establishing Homes Now Chambers Bridge Residence; Homes Now Tudor Village; Homes Now Beachview Residence; and Homes Now Sycamore Ridge, retiring in 2017. Through all of her programs she raised over $30 million in funding through grants.

She was married to her husband for 35 years.

A viewing will be held on Tuesday from 4 to 8 p.m. at O’Brien Funeral Home, 505 Burnt Tavern Rd., Brick. A Funeral Mass will be offered on Wednesday, Aug. 28 at 11 a.m. at St. Martha’s R.C. Church, Point Pleasant. Cremation is private. To send condolences, please go to www.obrienfuneralhome.com.
In lieu of flowers, donations can be made to Dottie’s House, P.O. Box 4002, Brick, NJ 08723.

The wife of Assemblyman David Wolfe, who worked tirelessly to help those in need, was 80 years old. 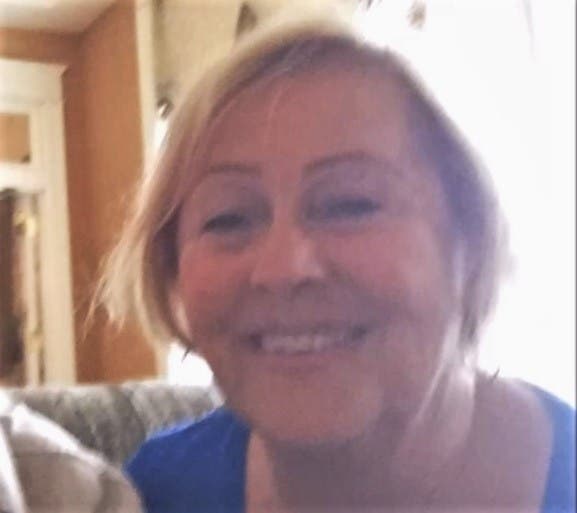 Carol A. Wolfe was "a true visionary," Assembly Republican Leader Jon Bramnick said, in marking her passing. (Via YouTube)

BRICK, NJ — Carol A. Wolfe, who founded Dottie's House to help women and children escaping domestic violence and Homes Now to provide affordable housing to those in need, has died.

Mrs. Wolfe, the wife of Assemblyman David Wolfe, died Friday at St. Barnabas Medical Center in Livingston. She was 80, according to her obituary on the O'Brien Funeral Home website.

Mrs. Wolfe founded Dottie's House in 1999 with the vision of it being not just shelter but of helping women transition to being able to support themselves. It was named in honor of her mother, Dottie Camilli, who was a victim of domestic violence. Dottie's House opened its doors in May 2001 and has served dozens of women and children in the nearly 20 years it has been in operation.

"Since its inception, Carol worked tirelessly to help those in need," her obituary noted.

"Carol was the inspiration behind Dottie's House and a true visionary," Assembly Republican Leader Jon Bramnick said. "To understand her incredible passion and support for others, look at the Dottie's House website. My thoughts are with my friend and Assemblyman Dave Wolfe and his family."

Mrs. Wolfe, who retired in 2017, raised more than $30 million in funding for Homes Now and Dottie's House through grants.

In addition to her humanitarian efforts, Mrs. Wolfe loved painting, gardening and and spending time with her loving family.

In addition to her husband of 35 years, she was survived by her son, three daughters and two stepsons, 10 grandchildren and three great-grandchildren. She was born and raised in Jersey City and lived in Brick for 52 years before moving to Point Pleasant in October 2018.

Moking a Positive Difference Every Day!